PEAK Scientific, the global leader in gas generation systems for analytical laboratories, has introduced its latest hydrogen gas solution: Precision Hydrogen SL, the smallest and easiest to use laboratory-grade hydrogen generator for GC-FID.

Precision SL was launched on the 4th of September 2019, at JASIS 2019, the largest annual analytical science exhibition in Asia, held outside Tokyo, Japan. PEAK Scientific revealed its latest innovation at its booth at the show.

The Precision Hydrogen SL model has been developed to enhance its usability with one button for both start-up and shutdown, and only simple user maintenance required to replace the proprietary desiccant capsule periodically, which can be performed in under 60 seconds, without any tools. 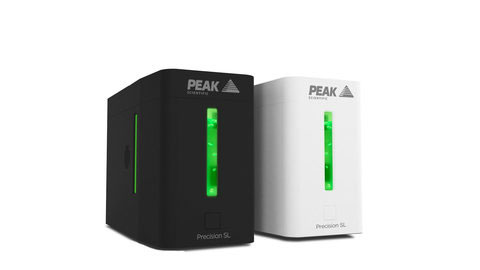 “It’s also revolutionary in its simplified usability – Precision Hydrogen SL can produce hydrogen gas at the push of a button and the maintenance required can be carried out by the user in under a minute.

“A streamlined workflow for our customers is always our priority and we’re proud to say Precision Hydrogen SL offers the efficiency and reliability required for optimized uptime.”

Precision Hydrogen SL comes with a 2-year fully comprehensive warranty and orders can be placed directly with PEAK Scientific or with its approved distribution partners.