Detailed hydrocarbon analysis (DHA) is a separation technique used by a variety of laboratories involved in the petrochemical industry for analysis and identification of individual components as well as for bulk hydrocarbon characterisation of a particular sample. Bulk analysis looks at gasoline composition in terms of PONA components (Paraffins, Olefins, Naphthalenes and Aromatics) and other fuels in the C1-C13 range since this gives an indication of overall quality of the sample.

The hydrogen trace generator used in this study was the Peak Precision 500 Hydrogen Trace Generator.

The analysis of gasoline for spark ignition components is essential for quality control. Owing to the complex nature of gasoline samples, good resolution between eluents is required and therefore a long column is used (typically 100m). Several methods are routinely used for DHA which differ in their oven temperature ramp rates or in the length of column used. Each method has its advantages and disadvantages since some improve peak resolution of low boiling compounds whereas others provide better resolution of heavier compounds at the end of the chromatogram. The complex nature of the methodology coupled with the use of such a long column means that run times can easily exceed 120 minutes when using helium carrier gas. However, the use of hydrogen can vastly increase run rates because of its efficiency at higher linear velocities. This is a particularly attractive prospect for oil analysis laboratories since faster throughput of sample means increased profitability. The benefits of using hydrogen in terms of improved chromatography combined with the increasing cost of helium along with supply issues means that laboratories switching from helium to hydrogen can become much more profitable whilst maintaining standards of analysis that conform to industry standards.

Detailed hydrocarbon analysis of gasoline showed that the elution time of the last compound in the mixture, n-Pentadecane, could be reduced from 125 minutes to less than 74 minutes by switching carrier gas from helium to hydrogen (figure 1). Despite the difference in analysis times, the PONA analysis showed that quantitative differences were not significantly different when using either carrier gas (table 1). Despite the much higher carrier gas flow rates when using hydrogen carrier gas, critical separations were still achieved in most cases and in certain cases were even improved. Separation of 1-methylcyclopentene and benzene, which is highly regulated analysis because of the importance of the benzene fraction, was actually improved when using hydrogen carrier gas despite the quicker elution times of the compounds with hydrogen as a carrier gas (figure 2). Separation of Toluene and 2,3,3-Trimethylpentane was achieved using helium whereas with hydrogen the two compounds co-eluted (figure 3). To separate these two compounds using hydrogen carrier gas some improvements to the method would need to be made. Separation of Tridecane and 1-methylnaphthalene was achieved equally well using both carrier gases (figure 4).

The results of the DHA show that the use of hydrogen as a carrier gas, following ASTM D6729 appendix X2 methodology can vastly reduce analysis times for gasoline analysis whilst providing the necessary resolution required for separations of critical components. 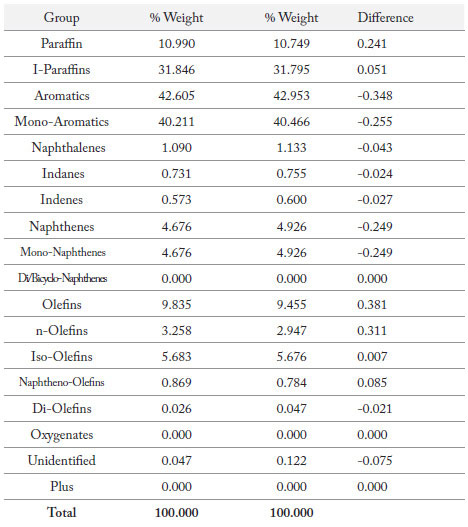 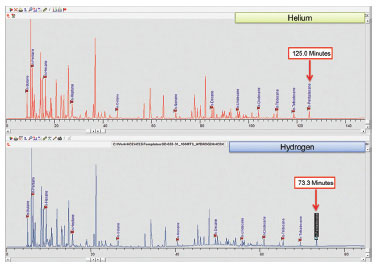 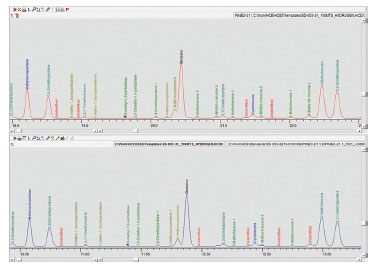 Fig 2. Comparison of separation of 1-methylcyclopentene and benzene when using hydrogen and helium as carrier gas. 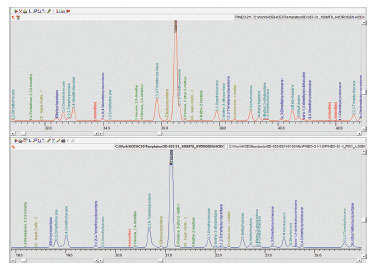 Fig 3. Comparison of separation of Toluene and 2,3,3-Trimethylpentane when using hydrogen and helium as carrier gas. 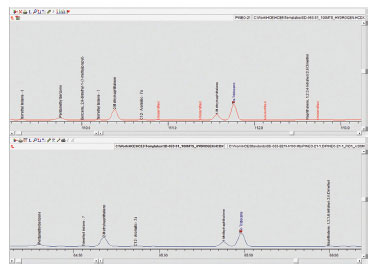 Fig 4. Comparison of separation of Tridecane and 1-methylnaphthalene when using hydrogen and helium as carrier gas.