What will the chocolate substitute of the future be for cocoa beans?

It is predicted that cocoa bean yields will fail to meet our demand for chocolate within the next few years, so scientists have been trying to come up with a solution.

Almost 4 million tons of cocoa are produced every year but, worldwide demand is set to reach 4.5million tons in the near future. To keep chocolate lovers happy and stocked up on their favorite chocolate treats, scientists have been trying to find a substitute for the cocoa bean. A paper suggesting that the seed of the jackfruit could be used as a chocolate substitute was recently published in the Journal of Agricultural and Food Chemistry.

The jackfruit, sometimes simply known as 'jak', is the largest tree-borne fruit, reaching up to 35kg  in weight and 90 cm in length. The fruit grows in South and South-eastern Asia. 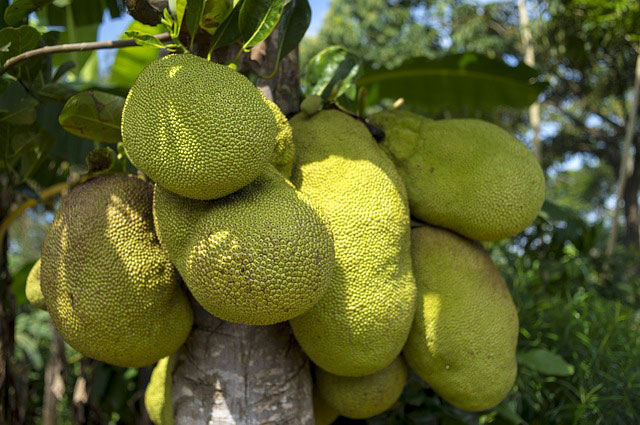 The paper, Optimization of Postharvest Conditions To Produce Chocolate Aroma from Jackfruit Seeds, describes how the researchers made 27 different flours by roasting the flours at different temperatures for different lengths of time (a similar method is used  to produce the chocolate aromas associated with cocoa beans) then isolated and identified the aromas of the flour using gas chromatography – mass spectrometry. They were then able to identify several components that contributed to the chocolate aroma they produced and volunteers graded the different flours on their chocolate smell.

So who knows? The chocolate we eat in the future could be made from Jackfruit seeds. Maybe it will taste a little different but at least it will still smell like chocolate.

This is why bacon smells so good

How do they make so many Jelly bean flavours?

HPLC reveals why Easter eggs are good for you