The use of dogs in search and rescue (SAR) is a valuable and vital component when search teams are out looking for victims buried under snow.

These victims are invisible to the human eye who would usually rely on pushing poles into the ground to help locate the victim. The canine however, relies on its sense of smell and can sniff out victims lying at a depth of 2-4m and in extreme cases they have been known to detect victims buried under 10-12m of snow.

In a recent blog post Spectroscopy Now reported that the dog works by sniffing out traces of body odor which diffuse through the snow to the surface. Human odor studies have been carried out and many of its components have been identified, it is believed that it is the combination of components that the dog can sense. How the odor moves through the snow is still unclear, however researchers from the University of Venice and the University of Nice-Sophia Antipolis have carried out analysis on two compounds which are found specifically in body odor. 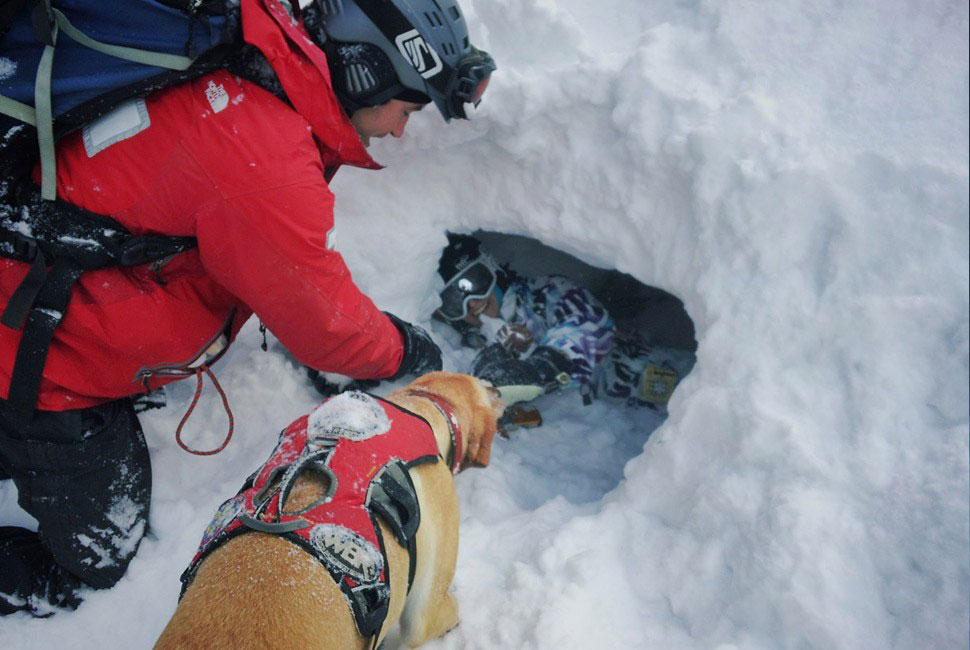 Using a GC-MS they tested the diffusion of the odor compounds through a core of ice. They soaked cotton pads with the compounds and placed them at the bottom of the ice core alongside a small heater set at body temperature. Results indicated that the compounds behaved differently when moving through the snow but the key finding is that this method is capable of measuring the sweat biomarkers through the snow. This could lead to a much better understanding of how search and rescue animals find their victims which in turn could give additional hope to those trapped.

GC-MS techniques are used for many analysis and is used to separate mixtures of individual components using a temperature controlled capillary column. Gas is used to push the sample though the GC.  Gas can be supplied via a laboratory gas generator or by traditional gas methods such as cylinders. There are many advantages of using a PEAK laboratory gas generator over cylinders such as reduced downtime, consistent purity at a steady flow and uninterrupted analysis as gas is supplied as and when required.

PEAK's Precision series of laboratory gas generators have been designed specifically for GC applications. They combine convenience and reliability in a stackable and modular design and offer nitrogen, hydrogen, zero air and compressed air models at various flow rates to suit your application. Recommendation of the correct model depends on the use of the product. For most GC detectors, the standard grade purity is sufficient, but for carrier gas use, the trace models are recommended to ensure the lowest possible baseline and precision in your results.

No matter your GC analysis you can rest assured that PEAK can cater for your needs with its Precision series of GC laboratory gas generators.

To find out more about Precision please click here and to read more about how PEAK's Precision series is supporting GC-MS analysis in labs across the world read our William Tracey user story.