PEAK Scientific are delighted to announce that they are the proud winners of the Glasgow Business Awards, under the category of International trade, 2015. 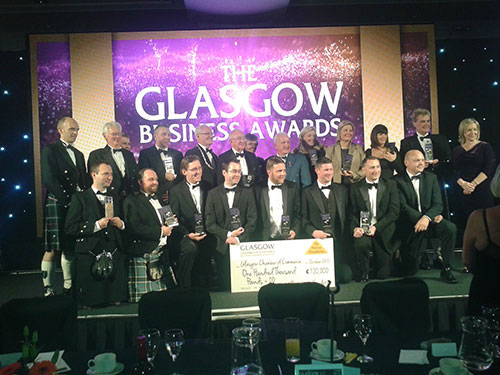 The Glasgow Business Awards, now in its 18th year, looks to promote major achievements and celebrate success for local businesses throughout Glasgow.

The Glasgow Business Awards ceremony was held on the 1st October at the Hilton Glasgow Hotel and the PEAK HQ finance team were honored to represent PEAK by attending the event. Accepting the award on behalf of PEAK, Overseas Finance Accountant, Kenneth Bolton, stated:

“PEAK is absolutely thrilled to have won yet another award and this trophy will take pride of place at PEAK HQ.  To win the award for International Trade really does cement the belief that PEAK is a truly global company with a direct presence on every continent.”

PEAK Scientific came up against some strong competition in the Glasgow Business Awards this year and are thrilled to have scooped the award.

PEAK Scientific is a leading innovator in the design, manufacture and on-going support of high performance gas generators for analytical laboratories. For further information on PEAK Scientific and its product offering visit: http://www.peakscientific.com/about/our-story/. 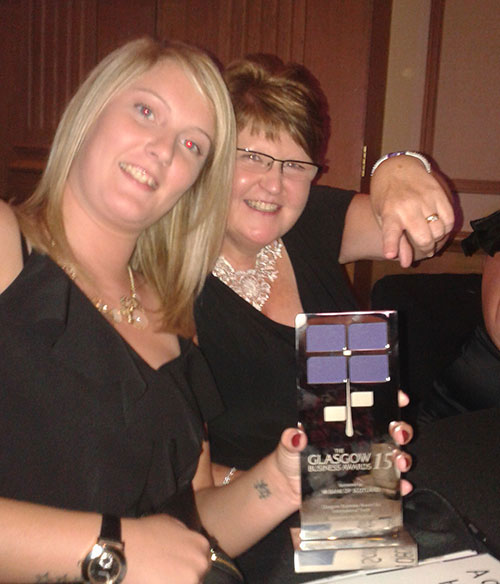