As helium increases in price and availability begins to affect supply of gas to laboratories, alternative carrier gases for GC-MS analysis are increasingly being adopted. An Agilent 7010B TQ GC/MS was supplied with H2 carrier gas for the analysis of a mixture of 8 Phthalate esters including Bis(2-ethylhexyl) phthalate (DEHP), Butyl benzyl phthalate (BBP), Dibutyl phthalate (DBP) and Diisobutyl phthalate (DIBP), which are listed under RoHS3. 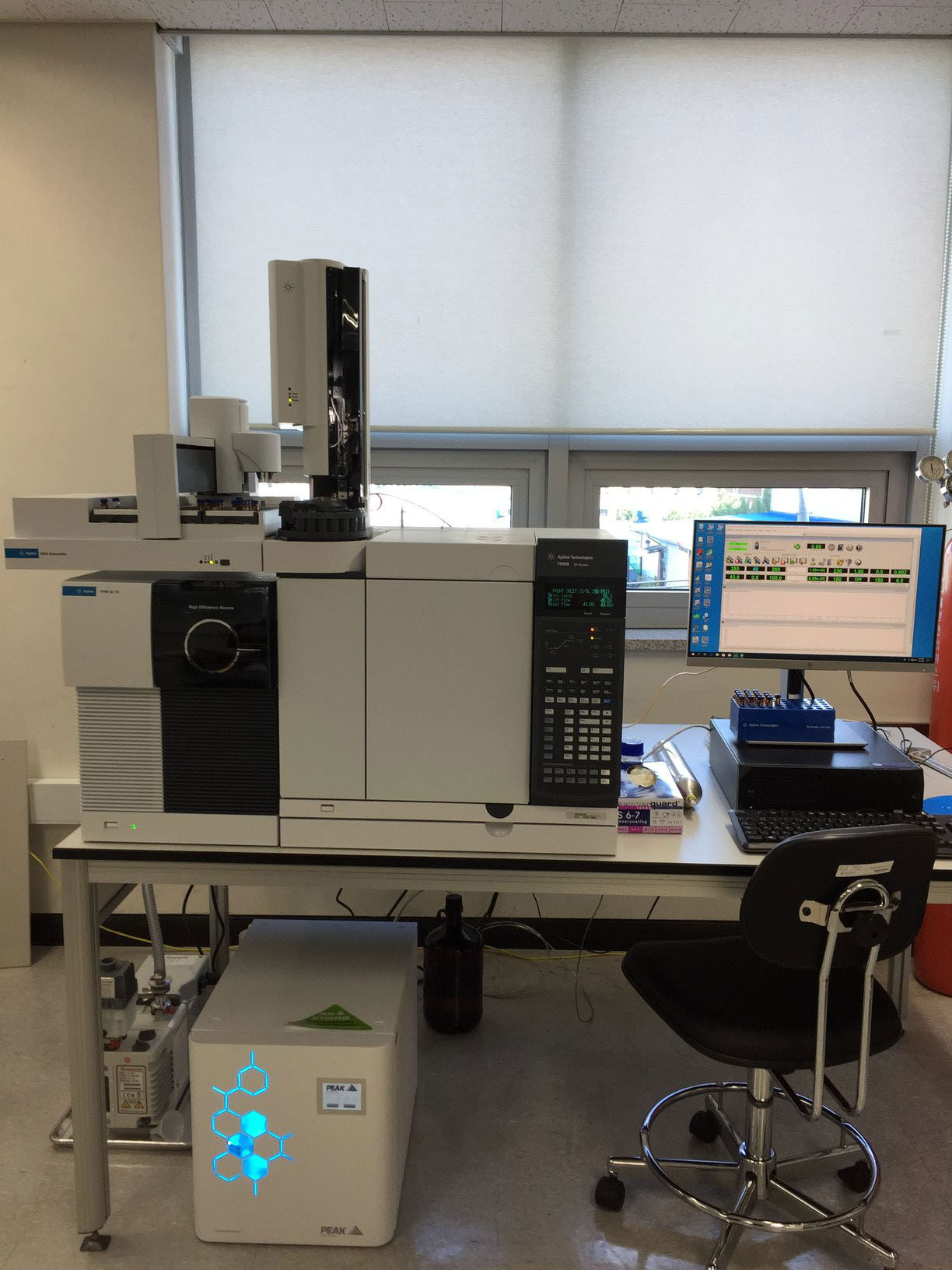 Phthalate esters are one of the most commonly detected persistent organic pollutants (POPs) and their toxicity to humans and animals has led to strict regulation regarding their use and release into the environment. Commonly used as plasticizers, large quantities of phthalates have been released into the environment, with evidence of their bioaccumulation in humans, having led to increasing regulation of their use. From July 2019, a total of 4 Phthalate esters were included on the list of restricted substances under RoHS3. DEHP, BBP, DBP and DIBP must be present below levels of 0.1% (1000ppm) in most countries, and below 0.1% (100ppm) in Japan.

Table 1. List of Phthalate restrictions in Europe, USA and Japan.

Concerns regarding performance of GC-MS systems using H2 carrier gas are often associated with reduction of sensitivity for GC-MS analysis. For the purpose of this analysis, selected ion monitoring (SIM) detection was employed to enable reduction in interference sometimes associated with the use of hydrogen in GC-MS.

The retention times and elution order of 8 Phthalate esters are shown in figure 1. 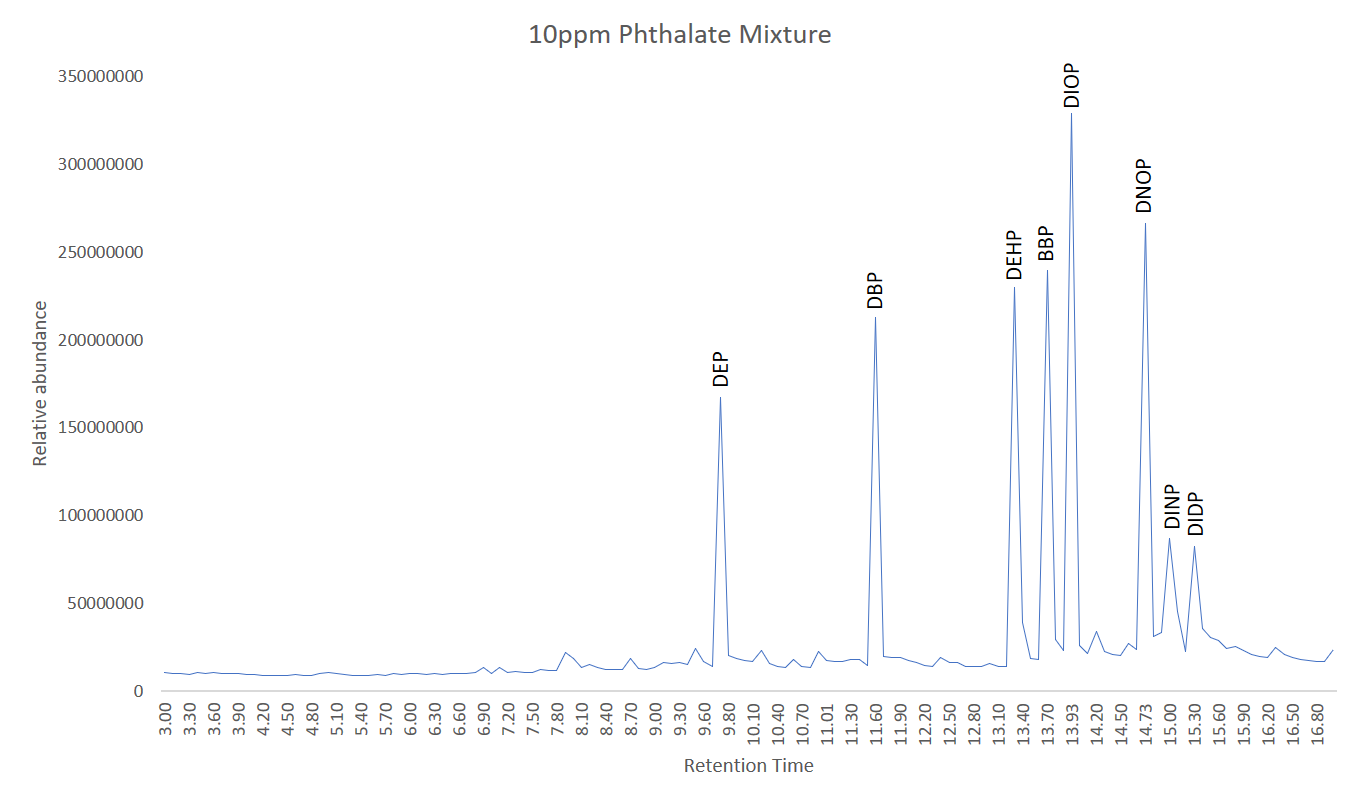 The Phthalate mixture was detected at 10ppm using full scan and all 8 phthalates were detected down to a concentration of 1ppm, using SIM detection. The results show that in full scan mode, all target compounds were detectable at 1/10 of the maximum allowable threshold for all 8 compounds and would be able to comply with testing in any region. Recovery of DINP and DIDP was not as good as the first 6 eluting phthalates. This indicates  some method optimisation would be required to improve peak shape in full-scan mode.

GC-MS analysis of persistent organic pollutants (POPs), such as Phthalates, is important in safeguarding the negative health effects of toxic chemicals present in toys and other products containing plasticizers. As an increasing number of compounds become restricted because of their toxic effect on humans, animals and the environment, it is essential that reliable analysis can be conducted to ensure that safe limits of these compounds are maintained.

Peak Scientific would like to thank Agilent Korea for their collaboration on this project.