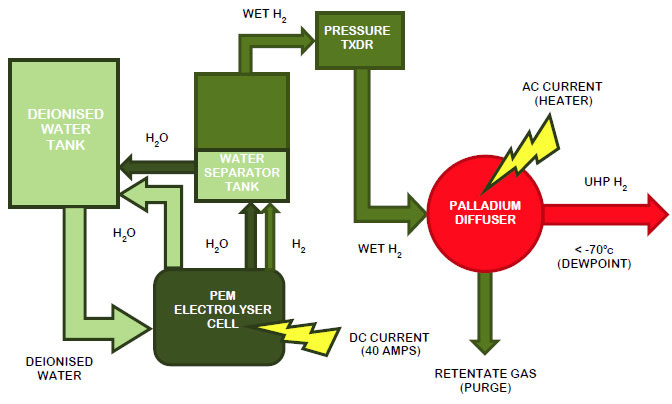 A metal palladium anode is used and since water does not effectively conduct an electric current, a strong water soluble electrolyte is added, commonly 20% Sodium Hydroxide (NaOH). A bundle of palladium tubes act as a cathode and only hydrogen and its isotopes are capable of passing through the cathode producing ultra high purity hydrogen. 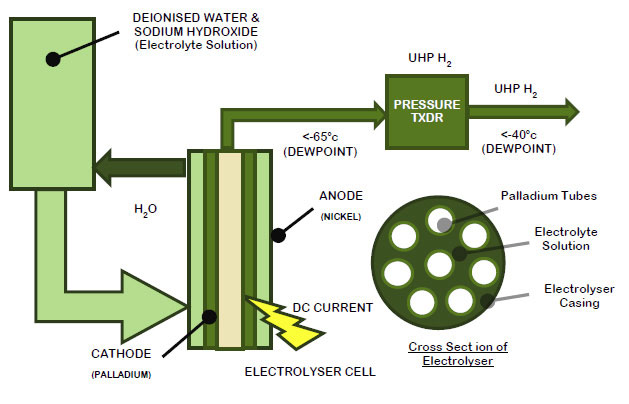 Pressure Swing Adsorption technology works by alternating the flow through two columns which are packed with an adsorbent material (in the form of beads) which acts as a molecular sieve. While the hydrogen is being passed through one column, a small bleed taken from the dry gas is passed down the other column. No further adsorption capacity is available; at this point the adsorbent material is forced to regenerate. This action completely regenerates the adsorbent material in the column so that no replacement of the material is required. The vessel is ready for another production cycle after a small amount of the product hydrogen flushes away the waste. The hydrogen produced has a drastically removed moisture content of just 1ppm. 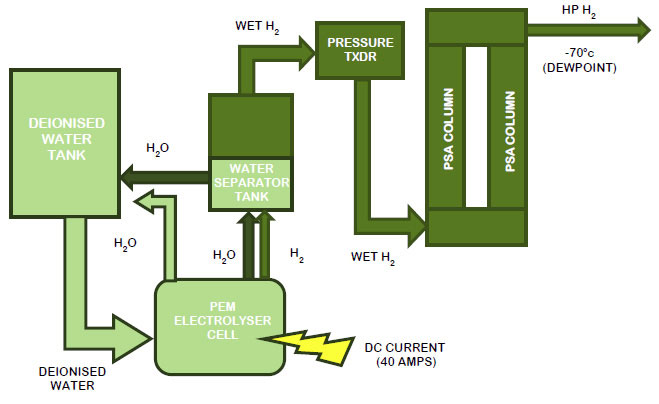 The use of silica desiccant columns is another common purification method and popular due to its simplicity. The Hydrogen that is produced using PEM technology then flows through a stainless steel desiccant cartridge for moisture removal. The desiccant column is most commonly made up of silica gel beads which act as a drying agent in hydrogen to produce high purity hydrogen, meeting industry purity requirements. 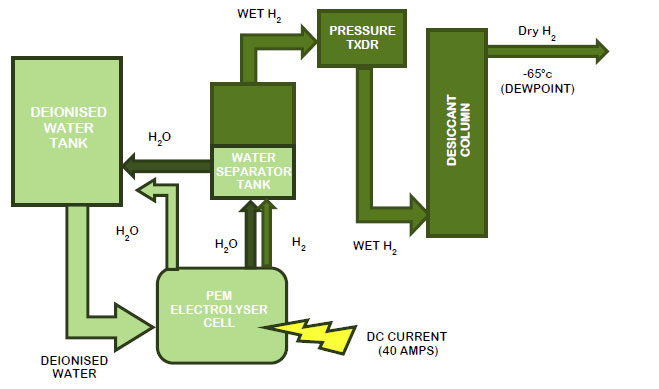