Why is ICP-MS about to become more popular?

The average American uses 2 gallons (7.5 liters) of tap water for drinking and cooking per day. A tap water contamination could therefore cause widespread and significant damage to people's health.

In order to test the safety of drinking water, highly sensitive analytical instruments are required to perform a wide range of measurements.

A common method of testing drinking water is to use ICP-MS, Inductively Coupled Plasma Mass Spectrometry, which is capable of detecting both metals and non-metals in very low concentrations - as low as one part in 1015 (part per quadrillion, ppq) on non-interfered low-background isotopes.

ICP-MS-based analytical techniques are used in a number of areas of analysis including food, pharmaceutical, environmental, geochemical, nuclear, and medical fields to monitor test samples for trace elements and their isotopes. Samples are ionized by application of an argon torch and electromagnetic field, followed by mass/charge ratio separation via a mass spectrometer. In order to eliminate major spectral interferences generated by ions derived from the plasma gas, a collision gas such as hydrogen or helium is used.

For those in the market for hydrogen gas for their ICP-MS, PEAK Scientific's Precision Hydrogen Series has the answer. The hydrogen generators in this series are each capable of generating hydrogen collision gas for ICP-MS. 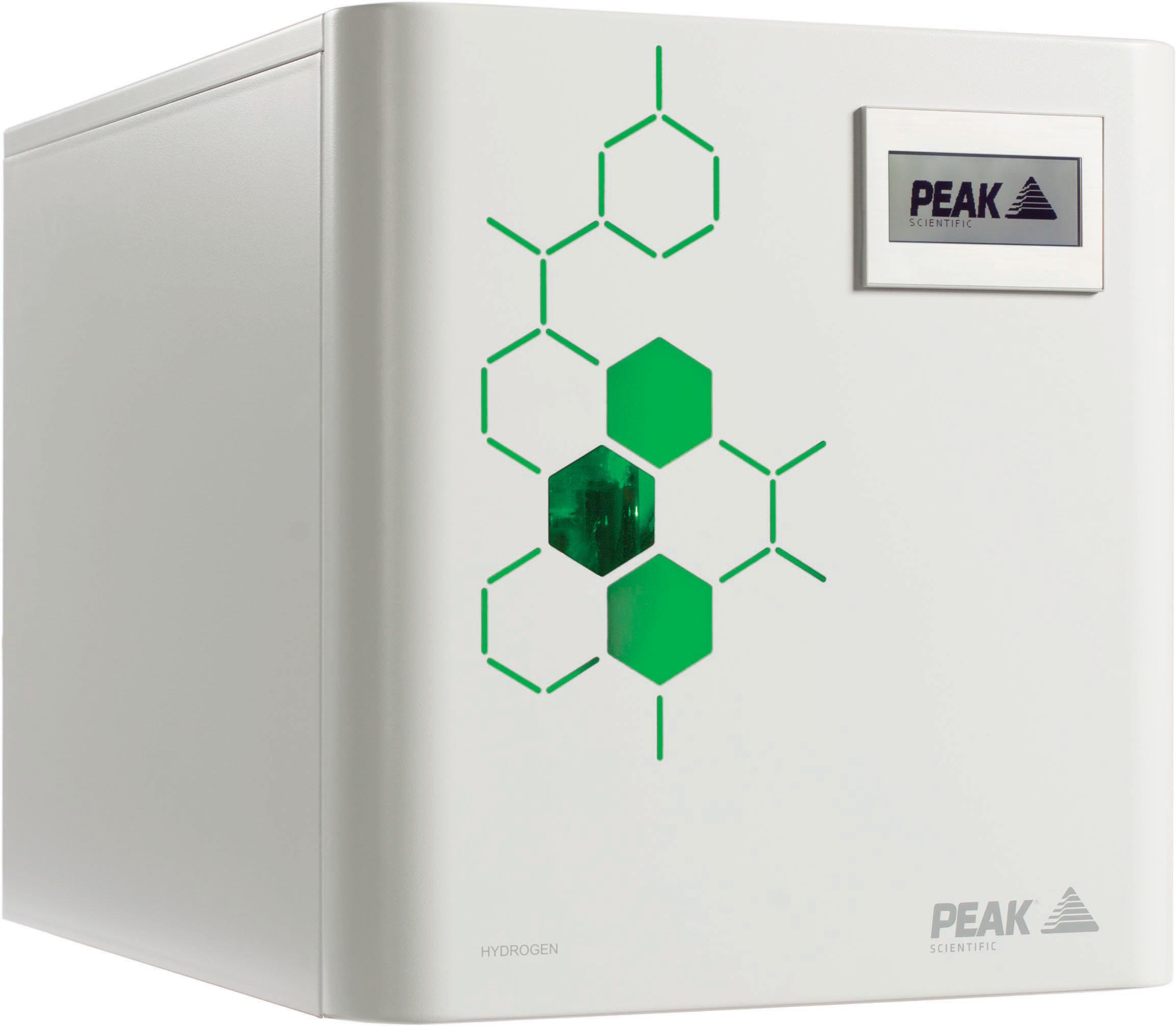 ICP-MS as an analytical method is anticipated to become more popular in the US in the coming year. This is because the United States Pharmacopeial Convention, which sets standards for medicines, food ingredients, and dietary supplement ingredients, is implementing new standards in 2018, limiting elemental impurities in these ingredients and specifying ICP-MS analytical techniques for testing.