Where have all the cylinders gone?

In a recent article, Gasworld magazine made reference to an often unspoken concern in the gases industry. Gas cylinders are going missing and it is presumed that they are either lost or stolen.

In the article titled: Lost and found – where are all the cylinders going? Rob Cockerhill states that Linde Canada reported that over a 9 month period the company managed to find almost 1,900 cylinders that customers had previously considered lost or stolen. The cylinders were located using a new tracker control system and the cylinders found were credited back to Linde customers’ accounts. This finding does raise the question – how do these assets fall off the radar in the first place and how does effect the customer? 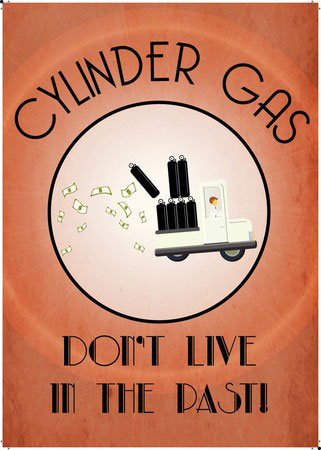 The gas industry loses cylinders each year in various ways, Gasworld’s article states that the British Compressed Gas Association and UKLPG suggest that total losses might be in the tens of thousands, representing millions of pounds in asset values. These cylinders are being stolen and sold for scrap metal and despite various Police enforcement activities they have only seen a small reduction in empty cylinder theft.

Theft is not the only reason cylinder users are being hit with additional costs, other reasons such as safety and environmental issues arise such as, inadequate maintenance and storage causing rust inside the cylinder. The rust contaminates the gas and causes the wrong pressure – again hitting the customers bottom line.

Large cylinder companies are trying to make a difference by introducing new technology to track the units but with safety, environmental issues and cost increases effecting labs across the world many are taking action and switching from traditional gas methods to safer, more practical and cost efficient gas generators.

A gas generator from PEAK Scientific offers a host of benefits over gas cylinders, they produce gas on-demand, meaning you will not run out of gas during analysis.  It eliminates downtime instead of having to wait on delivery of pressurised cylinders and with minimal storage of gas, offers a much safer alternative.  With a gas generator costs will not increase due to price fluctuations and no additional charges will be added at the end of the year for lost or stolen cylinders. A gas generator from PEAK Scientific represents a stable and dependable long-term investment which let's face it, is far less likely to go walkabouts.

To find out how a PEAK Scientific gas generator can benefit your lab click here.