Some university laboratories are in 'crisis mode' as rising helium prices seriously impact their work.

Ongoing rises in helium prices, most recently affected by supply shortages and by the end of helium auctions from the U.S Bureau of Land Management's helium reserve, are causing some universities to postpone experiments or decommission vital equipment.

Impact of helium price rises in the U.S

With scarce supply in a time of high industrial demand, helium prices are soaring, with many previous users simply being priced-out of the market. Washington University in St.Louis1 is just one institution which has been affected, being forced to close down two nuclear magnetic resonance (NMR) spectrometers which require helium. These instruments, which are used widely by many university chemistry departments, contain a high-field superconducting magnet which must be kept cooler than -268.95°C, and liquid helium is used to achieve this. If the magnets are not kept cool they warm to their resistive state, which can cause permanent damage to the magnet. If they remain undamaged, returning them to their superconductive state requires around 1000 litres of helium, which at today's high prices would cost around $25,000.00.

Northwestern University2 is also being affected by the high demand for helium, with one  physics professor commenting that they are in 'crisis mode' when it comes to helium supply and that for helium to be supplied on the short notice which it has been previously, distributors are now charging an emergency fee of $25-$50 a liter.

Around 400 U.S. research groups, mostly in the physical sciences, rely on liquid helium for experiments, according to a report from the American Physical Society, the American Chemical Society (ACS), and the Materials Research Society. Research groups that use liquid-helium-enabled instrumentation, such as NMR spectrometers, number in the thousands, so research at Washington University in St.Louis and Northwestern University won’t be the only research being affected, many other chemistry departments and research labs will be feeling the impact of high helium prices too.

Impact of helium price rises in the UK

Rationing measures like this, in addition to rising helium prices are having a significant impact on labs all over the globe. However, while helium may be required for NMR Spectrometers, for other instruments and types of analysis, such as Gas Chromatography (GC), helium gas is not the only option.

How to avoid helium price rises

One alternative is to use hydrogen gas instead of helium, for GC carrier gas. Offering an equivalent level of sensitivity to helium, hydrogen gas also has the advantage of allowing for a faster speed of analysis. Switching your GC carrier gas from helium to hydrogen will also allow your lab to switch from out-dated and awkward gas cylinders to a hydrogen gas generator.

With a hydrogen gas generator in your lab you can generate your own hydrogen gas, and will never need to worry about increasing gas prices or a shortage of supply, frequent concerns of helium users. A hydrogen gas generator means you will also never need to halt your analysis to change a depleted gas cylinder, so interruptions to your analysis will be a thing of the past. Another distant memory will be the never-ending cycle of ordering, accepting deliveries, moving and storing gas cylinders, leaving you with an overall much more efficient laboratory. 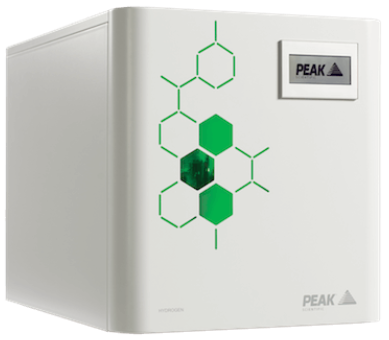 If you would like to switch from helium to hydrogen you can view our full range of hydrogen gas generators here.

7 Steps to changing carrier gas from helium to hydrogen

Gas Chromatography-Mass Spectrometry to be performed on Mars