Refinery gas analysis (RGA) is an important application in oil and gas which characterizes the gases produced during crude oil refining, including stack emission, flame and reformate streams.

The challenge in RGA analysis is the reliable analysis of variable sources and compositions of gases produced via fluid catalytic cracking (FCC). The analysis must be quick and accurate to allow engineers to monitor permanent gases, such as hydrogen, oxygen, nitrogen, carbon monoxide and carbon dioxide, saturated and unsaturated hydrocarbon content and sulfur contaminant as by-products of refinery operations.

Given the increase in helium cost over the past few years, there is growing interest across a range of applications that are relatively gas hungry, including RGA. Agilent Technologies have performed RGA using a large valve oven with a selection of different carrier gases and detectors and have noted some interesting results: 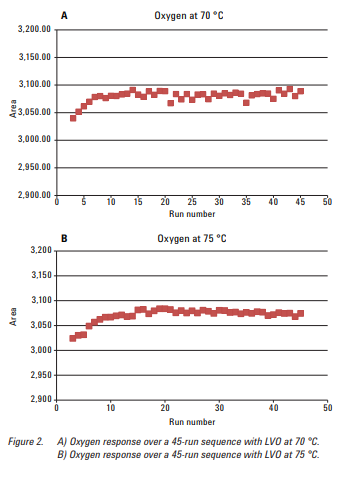 It is important to note that although both hydrogen and nitrogen can be produced as a by-product of RGA, labs which are using hydrogen or nitrogen as a carrier gas for RGA should not simply recycle the by-product gases produced for this purpose. This is discouraged as the repeatability of results using the by-product gases cannot be guaranteed, due to their varying sources and contaminant levels producing inconsistent gas purity.

To produce repeatable results using hydrogen or nitrogen, it is advisable to produce the gases via a gas generator as then their purity and consistency can be guaranteed. As hydrogen and nitrogen can both be produced via a gas generator, unlike helium which is a finite resource and subject to market volatility, they are economical and sustainable gas solutions for refinery gas analysis carrier gas.

What sets Peak apart from the competition?