PEAK Scientific's Australian team were in great spirit at the SIA laboratory managers and design conference in Melbourne, Australia on 18th and 19th of November. 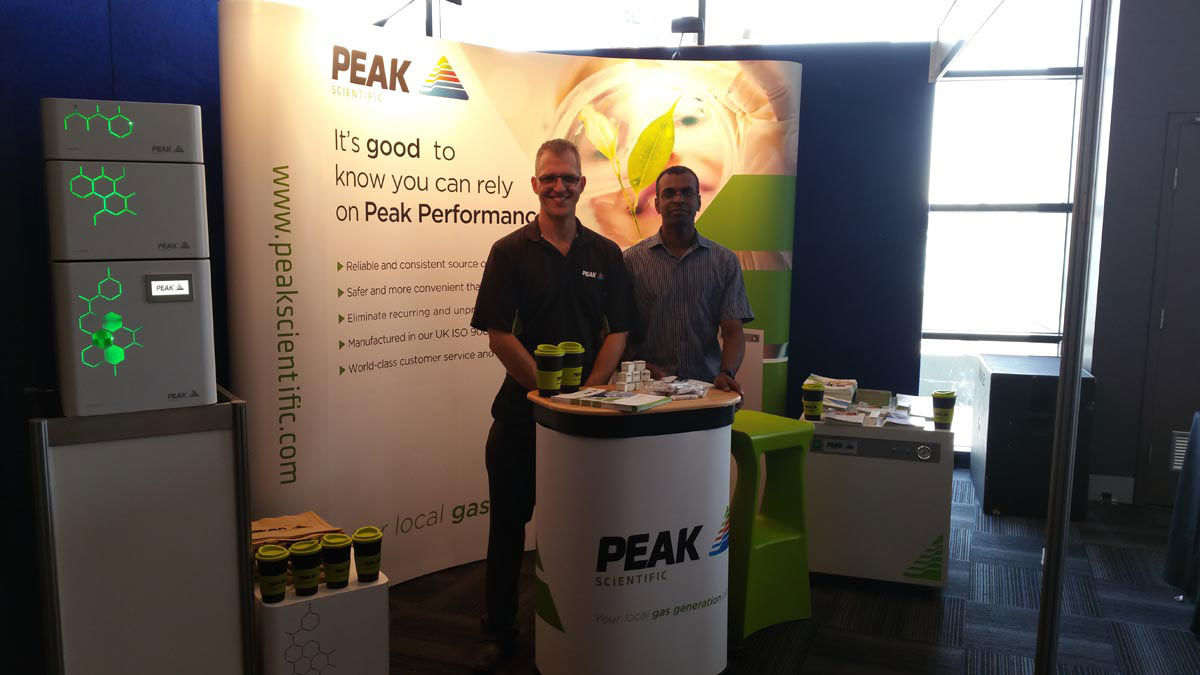 Showcasing our hydrogen, nitrogen and zero air gas generators for LCMS and GC, the PEAK Australia team were keen to show the attendees how a gas generator from PEAK Scientific is the most cost effective solution for laboratory gas. The team also stressed the importance of PEAK Scientific's world-class, industry-leading after-sales support packages from [PEAK Protected] giving PEAK's customer's unrivalled peace of mind.

The PEAK Scientific Australia team's next exhibition will be at Lorne Proteomics from the 4th to the 7th of February 2016.