On Thursday the 26th of April, Peak Scientific welcomed His Royal Highness The Duke of Gloucester to their manufacturing headquarters in Inchinnan, Scotland. His Royal Highness visited the factory to mark the company’s 20th Anniversary. 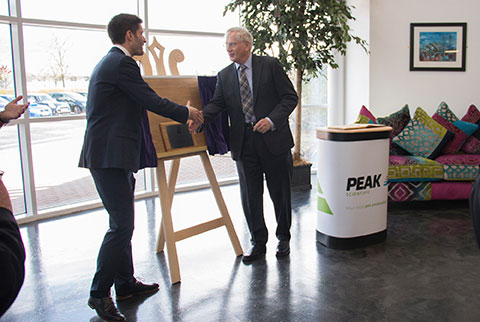 The Duke toured the factory where Peak manufactures its laboratory gas generators and met with the workforce to learn about the company’s history.

Peak Scientific have been fortunate enough to be awarded six Queen’s Awards for Enterprise since 2004, in recognition of the company’s innovation and international trade. The manufacturer has also had a royal visit before. In September 2013, Her Royal Highness The Princess Royal officially opened Cherry Tree House, an extension of Peak Scientific’s headquarters.

‘We were honoured to welcome The Duke of Gloucester to our headquarters in celebration of our 20th Anniversary. To have our hard work of the past two decades recognized in this way was truly heart-warming, and will remain a proud moment in Peak Scientific’s history.’ 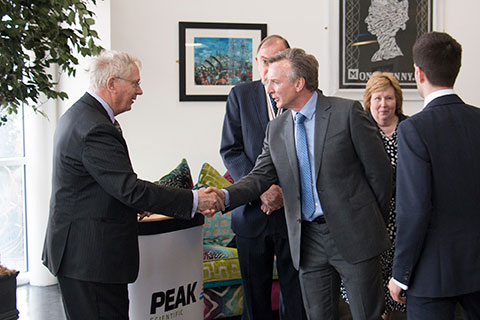