PEAK and the Great Scottish Run

PEAK Scientific would like to say a massive well done and congratulations to everyone who took part at this year's Bank of Scotland Great Scottish Run.

25,000 competitors took to the streets of Glasgow to participate in this charitable event and amongst the sea of participants; our very own PEAK team assembled to take part in the event.

Colleagues from each department at PEAK HQ including Marketing, Finance, Service and IT all met at George Square, Glasgow and began their run through some of the city’s best known landmarks including the Clyde Arc bridge,  Finnieston Crane and various street performers playing steel drums and bagpipes.

Well done Jordon and well done to the rest of the PEAK team. 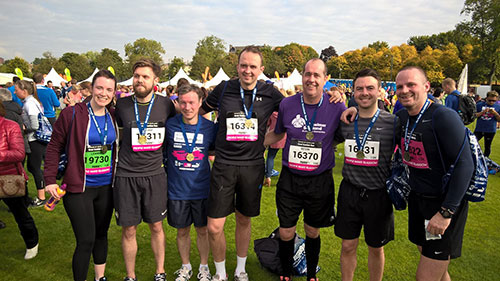