Safety in the lab is of paramount importance to Peak, particularly when it comes to our gas generators.

From the inital product development to the rigorous quality assurance all of our generators pass through before leaving our ISO:9001 accredited manufacturing facility, the safety features of our generators are put through their paces alongside the high performance standards we adhere to at Peak.

The two main safety concerns regarding nitrogen generators are myths which can be easily dispelled, as they have been below. 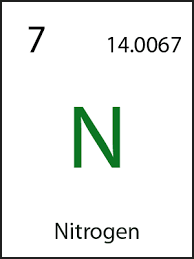 Myth one: A nitrogen generator could 'starve' a lab of nitrogen, thus increasing the oxygen concentration to a dangerous level.

This would not happen as:

Again, this would not happen as:

It is clear that nitrogen generators are a safer option than dewars or cylinders, since they maintain the level of oxygen in the lab atmosphere. The main danger with lab gases is oxygen depletion. A single litre of liquid N2 from a cylinder or dewar will expand to 700L of gas. Therefore, a small spillage can result in a rapid change in atmospheric O2 content, with potentially dangerous consequences for lab personnel. With a Peak gas generator, nitrogen gas is produced on-demand as your application requires it and not stored up as a potential danger, keeping the lab and lab personnel safe.

There are many benefits of a gas generator when compared with gas cylinders beyond just safety too. Want to more? Read our interview with Dr. Ed Connor here.

To learn more about our nitrogen generators
Click Here

The Evolution of Laboratory Gas