Hydrogen Safety in the Laboratory

The scientific community in China has been shocked by an accident in a laboratory at the prestigious Tsinghua University in Beijing, where it is believed that an explosion, and resulting fire, from bulk supplied hydrogen gas being used in the lab caused the death of a post doctorate researcher.

This particular incident has brought safety to the forefront of scientific discussion in China and further afield, and is unfortunately the latest in a string of incidents surrounding the use of hydrogen in the laboratory. 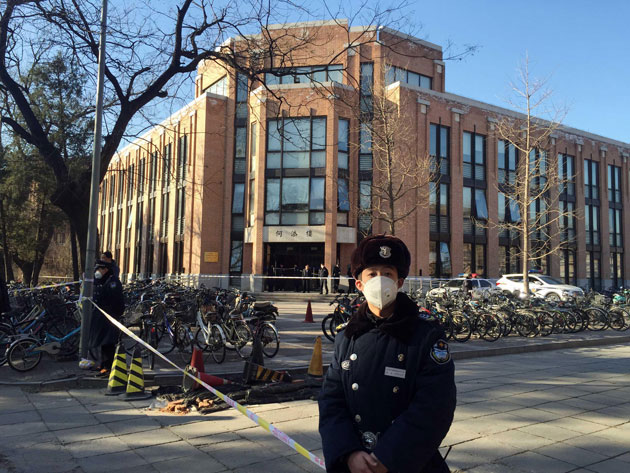 Hydrogen is a highly flammable gas. Hydrogen is about 57 times lighter than gasoline vapour and 14 times lighter than air, so if it is released in an open environment it will typically disperse relatively quickly, whereas gasoline may linger around much longer and in an indoor environment will settle on the floor. Hydrogen, unlike gasoline has no odour, and is a very small molecule with a low viscosity and is prone to leakage. The leakages are very difficult to detect and there is no odour to alert users. Hydrogen’s flammability range (between 4% and 75% in air) is very wide compared to other fuels.

PEAK Scientific takes lab safety very seriously. PEAK's Precision Hydrogen generators are the safest on-site hydrogen generators on the market and include various in-built safety features. Using a hydrogen generator eradicates the need to use H2 cylinders which contain large volumes of highly pressurised and flammable gas. With PEAK’s Precision Hydrogen generators, gas is generated on-demand and the generator also contains an internal leak detection with automatic shutdown. These features ensure the volume of gas in the atmosphere does not reach the lower explosive limit (LEL), unlike H2 cylinders which have the potential to reach the LEL in atmosphere in seconds if a leak occurs.

The Precision Hydrogen generator has the following safety features to ensure safe and reliable operation:

1) To avoid any build-up of hydrogen from leaks inside the unit; the generator features forced air ventilation. This ensures that a hydrogen/oxygen mixture cannot form inside the generator.

2) On power-up the generator self-checks for internal leaks and if required it will shut down at the end of the System Check informing the operator with a visual alarm.

5) When the generator is in alarm status the following occurs:
a. The current to the cell is stopped so no hydrogen is generated therefore preventing a hazardous situation.
b. The over-pressure relief valve opens allowing the unit to depressurise.
c. An audible alarm will sound and a visual alarm relevant to the fault condition will be displayed. The generator can sense both internal and external leaks, excessive gas demand and lack of water.

With highly robust safety features installed as standard, the Precision Hydrogen generators offer a safe and reliable source of on-site hydrogen suitable for GCs and detectors at both trace and standard detection limits.

Contact PEAK to find out about the Precision series generators for GC.