Gas chromatography - What are Columns?

Both liquid and gas chromatography analyze samples by separating them into their individual chemical components. A column, a long tube lined with specialized chemicals, is required for this process as it forms part of the instrument which performs the separation. When a sample makes its way through the tube, certain components 'stick' to the inside of the tube, causing them to separate and flow more slowly through the column. 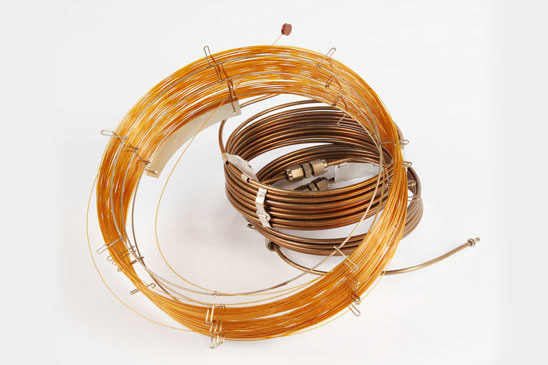 A column is a long tube, typically coiled as above, in chromatography instruments

Early columns used decades ago were made of glass, which was extremely fragile, or of steel, which could react with some analytes. In 1979, this changed as Hewlett-Packard introduced fused-silica capillary columns which were inert like glass but much less fragile. The fused-silica columns, due to their robustness and the results they were able to produce, paved the way for gas chromatography to be adopted as a mainstream laboratory technique.

View our range of gas generators for GC and LCMS
Here

Enjoyed this article? You may also be interested in:

How big is the chromatography industry?