Diamonds are a generator's best friend

There are many applications where laboratory gas generators have brought benefits such as streamlining workflow, removing the hassle and inconvenience of gas cylinders as well as offering a safe, reliable and consistent source of laboratory gas.

One of the most intriguing and more recent applications for laboratory gas generators is not what many would expect, it is for making diamonds. 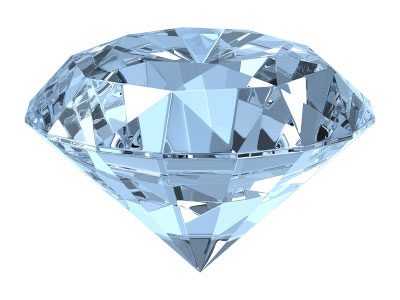 A diamond is composed of pure carbon which is arranged in a tetrahedral formation. Diamonds are well known for their luxurious qualities in expensive jewellery, however, they are also the hardest substance existing in nature, are good heat conductors and are almost inert. This means that they serve an important role in several industrial applications which require an abrasive such as cutting, drilling or grinding for metal work, mining and construction among many others as well as in high pressure experiments, specialist windows and high performance bearings.

For a long time, it was thought that diamonds could only be ‘man-made’ under high pressure, high temperature conditions, imitating natural diamond formation. The creation of diamonds using this method are now common-place, primarily for supporting the industrial applications highlighted previously. In the late 1980s, however, scientists discovered how to ‘grow’ diamonds using a method called Chemical Vapor Deposition (CVD).

Growing diamonds via CVD produces diamonds by mixing a hydrocarbon, often methane, with hydrogen in a vacuum chamber at low pressure. The diamond grows over a number of days until it is a suitable size for a particular application. This process requires a constant, consistent, reliable source of hydrogen, which makes PEAK’s Precision Hydrogen Trace generator an ideal solution.

To find out about PEAK's H2 Trace generators
Click Here

Normally when methane and hydrogen are mixed, carbon is created in non-diamond form such as graphite. In a CVD chamber microwave energy, electrical discharge or hot filaments are used to produce atomic hydrogen which reacts with non-diamond carbon to form a vapor. The highly reactive hydrocarbon vapor then further reacts with the atomic hydrogen resulting in separation of hydrogen and pure carbon, which is deposited as diamond. As this process is repeated, diamonds can be grown to a range of sizes depending on the target application.

This method of artificial diamond production is still evolving and more advanced systems are already in development. PEAK Scientific’s Precision Hydrogen Trace generator is being used for this application by customers around the world.