Scientists who have analysed the urine of cows in India have discovered that their urine contains gold molecules. 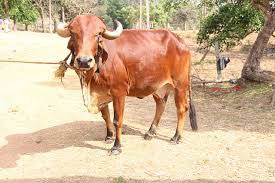 Researchers from Junagadh Agricultural University analysed the urine of 400 Gir cows, a species which originated in the Gir forest region of India, to look for metabolites and toxins after hearing stories which originated in ancient scriptures of the medicinal properties of cow urine, which was believed to contain gold.

Using Gas Chromatography and Mass Spectrometry the team found that one litre of Gir cow urine contained anywhere between 3 - 10 mg of gold traces. The gold in the urine was in its ionic form as gold salts.

The team of researchers - led by Dr Golakia, head of JAU’s biotechnology department, found almost 400 compounds in the cow urine which are said to have some medicinal value according to ayurvedic medical principles. Ayurveda medicine is a form of alternative medicine with historical roots in India. Practitioners say that ayurvidic texts such as Charak Samhita and Atharva Veda identify cow’s urine as a powerful medicine. Indeed, gold salts, as found in the Gir cow urine, have been known to slow the process of rheumatoid arthritis.

Thinking of doing a little analysis to find out which other unexpected substances contain gold? Our hydrogen and nitrogen gas generators provide the carrier gas required for gas chromatography. With a gas generator, your gas supply never runs out so your treasure hunting analysis is never interrupted.

To find out more about Peak generators for GC
Click Here