As shown by many studies in the past, bacteria can adapt to develop antibiotic resistance. This has become a major concern for the scientific community and the world at large.

If no new antibiotics are produced there could be as many as 10 million deaths as a direct result of bacterial infections by 2050, according to the O'Neill Commission into Antimicrobial Resistance set up by the UK government. 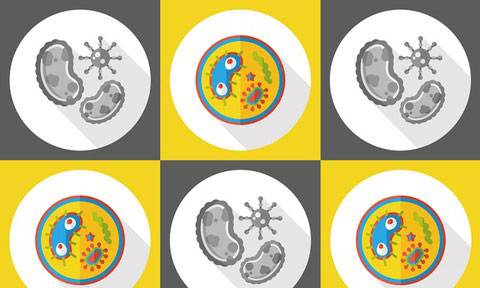 In order to come up with a solution, scientists are now looking into using and replicating naturally occurring proteins, also known as antimicrobial peptides. Such proteins, as well as killing bacteria, are able to destroy other microbes like fungi and viruses. Researchers at the Massachusetts Institute of Technology, the University of British Columbia, and the University of Brasilia have successfully engineered an antimicrobial peptide that could potentially destroy many different types of bacteria, including those that are highly resistant to the majority of antibiotics.

This is an important discovery because it could be an alternative for treating the more dangerous and deadly infectious diseases, such as tuberculosis, salmonella, pneumonia and meningitis to name a few.

MIT postdoctural researcher, Cesar de la Fuente, a corresponding author of the new study, has commented that the peptide sequences can be tailored in certain ways and tuned for specific functions. If these specifically engineered peptides are developed for therapeutic functions, they could be administered as stand-alone therapy or with traditional antibiotics, which would make it more difficult for bacteria to evolve and become drug resistant.

The researchers are currently trying to determine and understand what makes engineered peptides more effective than naturally occurring ones. Further studies are still ongoing into these engineered peptides in order to produce versions which are suitable for humans.

To get more information on lab gas generators
Click Here