Learn how GC is used in Alcohol Profiling to ensure product quality and to keep consumers safe.

One of those industries is the alcohol industry, where GC is used to keep consumers safe and to ensure flavors are at their best. In beer analysis and brewing, beverages are characterized by complex mixes of compounds which create the signature aromas and flavors enjoyed by consumers. Most added compounds will improve aroma or flavor, but some trace components which may make it into the beverage can contribute to off-flavors and unwanted aromas. This is where GC comes in.

GC is a sensible choice for analyzing alcoholic beverages for a number of reasons. In general, minimal sample preparation is required as the samples are already in a liquid state in an alcohol or alcohol/water matrix, the flavor compounds tend to be volatile in nature (one of the main requirements of GC) and, with GC, the analysis can be automated which makes it a very practical option for quality control.

One of the ways GC is used in the brewing industry is for ethyl carbamate testing. Ethyl carbamate (Urethane C2H50CONH2) is a naturally occurring ester commonly found in many fermented foods and alcoholic beverages. Production of ethyl carbamate can arise during the fermentation process when cyanate reacts with ethanol to form the carbamate ester. In chemistry, an ester is a chemical compound derived from an acid in which at least one –OH (hydroxyl) group is replaced by an –O–alkyl (alkoxy) group.

In an alcoholic beverage many compounds contribute to the flavors and aromas experienced by the consumer. Volatile compounds react with sensors in the nose to create aroma, and flavor is experienced through a combination of aroma and taste. This is why, when trace compounds and impurities are present in the finished product, they can contribute to unwanted odors or flavors. 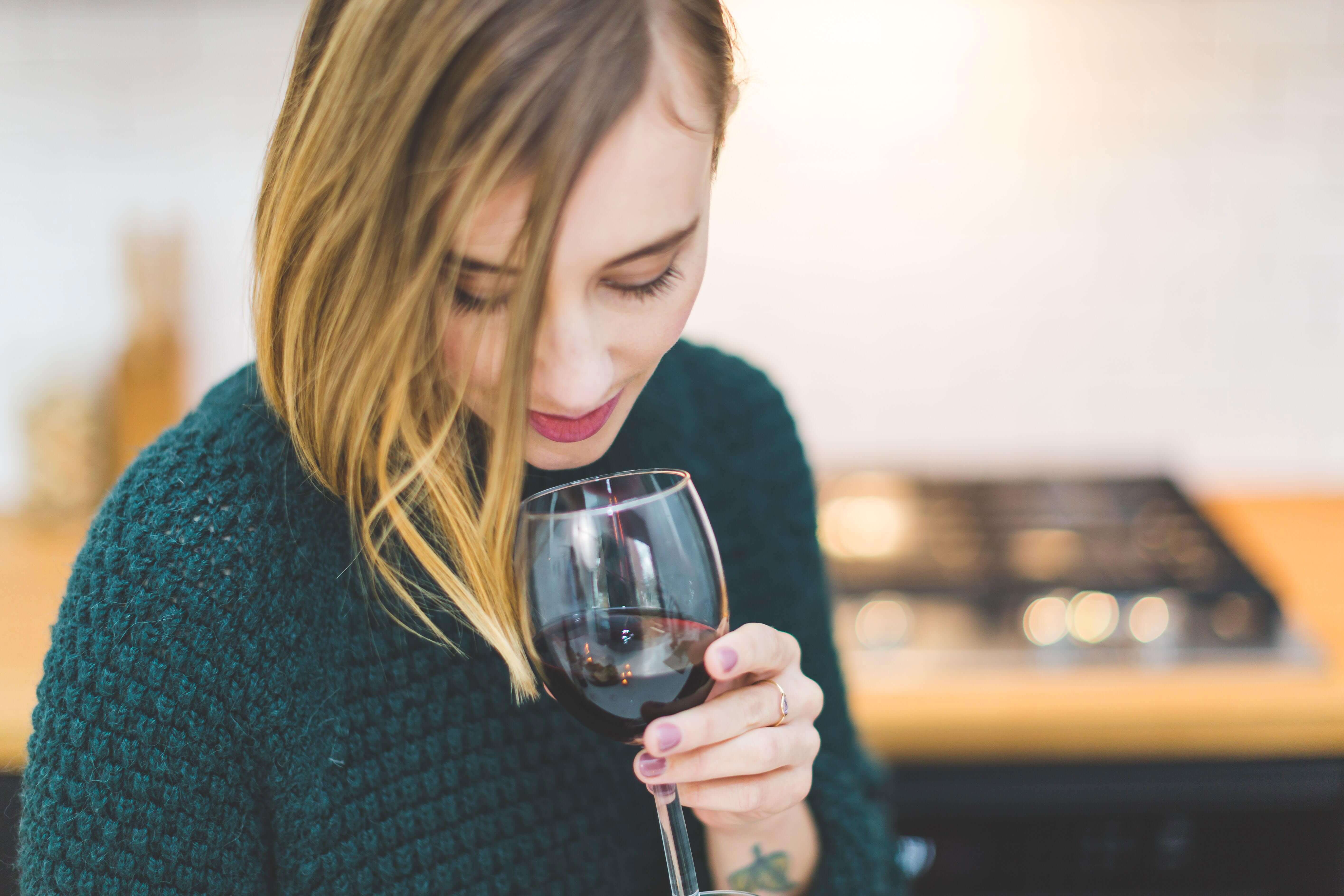 Aroma contributes greatly to the flavor of a beverage

These undesirable compounds can be generated by contaminated raw materials, process equipment or packaging materials as well as degradation of flavor compounds due to oxidation or exposure to light or heat, resulting in an unwanted change in the beverage flavor. Therefore, profiling the compounds which contribute to flavor and aroma is essential in ensuring product quality. Profiling these compounds to ensure product quality is something which the National Center for Quality Testing of Alcoholic Beverages does daily. You can learn more about their work in this user story.

According to an article on the laboratoryequipment.com website, these compounds were analyzed using an Ellutia 200 Series GC with a flame ionization detector and an EL-FFAP column, and to ensure an accurate injection, a liquid sampler was used.

As the ethanol content can be over 40 percent (v/v) in some beverages, trace compounds would be difficult to analyze simultaneously with this level of ethanol present. However, adding a timed event to switch between ranges during the analysis would facilitate this. Trace compounds could be 1,000 times less concentrated than the ethanol. Therefore, a range switch during the appearance of ethanol would bring the peak within a practical scale to allow for the trace compounds to be analyzed in one run. GC is, without a doubt, crucial to the success of alcoholic beverage producers, both for ethyl carbamate testing and quality control, as the volatile component profiles of alcoholic beverages consist of a wide range of compounds - making GC an ideal choice as an analysis tool. GC analysis helps companies to ensure product quality and safety, contributing to their success in the food and drink industry.

Use of Traps in GC

Analysis of Drugs of Abuse and Explosives by GC-MS