PEAK Scientific is committed to the Armed Forces Covenant

As a global company, headquartered in Scotland in the UK, PEAK Scientific is approaching 500 employees worldwide, with over 200 employees situated in the UK. Many of the company’s UK employees have come from military backgrounds, are military spouses or are Armed Forces Reservists.

By committing to the Armed Forces Covenant PEAK Scientific has agreed to support the employment of veterans, both young and old, and to establish a tailored employment pathway for Service Leavers. The laboratory gas generator manufacturer will also endeavor to be flexible in granting leave for Service spouses and partners before, during and after a partner’s deployment.

Also, for employees who are members of the Reserve forces PEAK Scientific will endeavor to support their training and deployment wherever possible by offering one extra week of  leave per annum.

‘At PEAK we recognise the value Armed Forces Serving Personnel, Veterans and military families contribute to our business, and to the UK where we are based. We feel it is our duty to support these individuals wherever we can, which is why we have committed to the Armed Forces Covenant.’

PEAK Scientific will also actively participate in Armed Forces Day annually, which takes place on the last Saturday each June, by supporting staff in wearing their Service uniforms or by other means of expressing support.

Please see a copy of PEAK Scientific's signed commitment to the Covenant below. 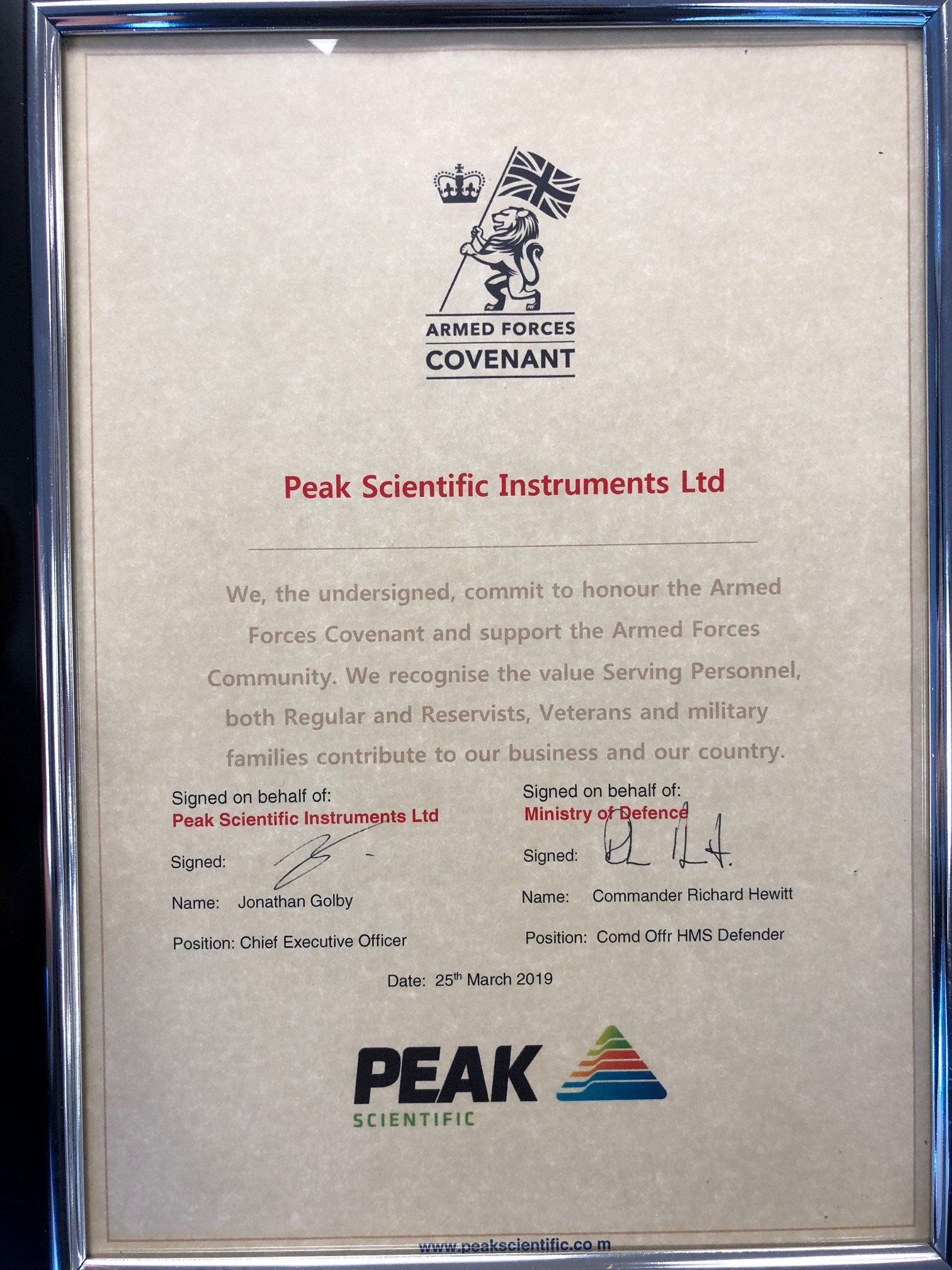 If you would like any further information about PEAK's commitment to the Armed Forces Covenant please contact discover@peakscientific.com.